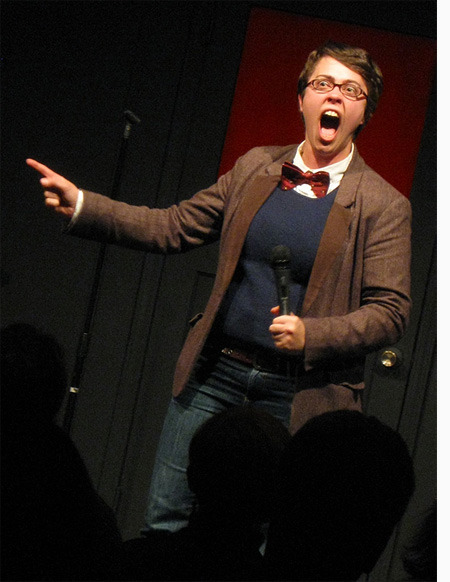 JANINE BRITO is a stand up comic, actor, and writer based in Los Angeles. She's also half Cuban, half Icelandic, and all lesbian.

Janine is a writer for the critically-acclaimed Netflix series, One Day At A Time, and played Mia on Season 3. She also writes for Bless The Harts coming to Fox this Fall, and plays Kira in the upcoming Netflix film, Wine Country. Janine was a writer and correspondent on Totally Biased with W. Kamau Bell, produced by Chris Rock.

Janine started doing standup comedy in St. Louis and has performed at clubs and theaters throughout the US and Hong Kong. Her standup can be seen on the second season of 2 Dope Queens on HBO.

The SF Weekly says she’s “a mean lesbian,” but she’s pretty sure that they mean it in a good way.